In an effort to support and promote appropriate media coverage on suicide, the CSPR published the “Suicide and the Media: Recommendations on Suicide Reporting for Media Professionals” in 2004. Since then, the Centre has worked closely with the Hong Kong media to collect feedback on the use of this handbook; and this regular working relationship has evolved steadily in the past decade into a solid partnership with the shared mission to promote better societal well-being in Hong Kong. After a decade, the CSRP is releasing a revised and updated version of the handbook. This new version reflects not only the feedback collected through many conversations and focus-groups with media professionals on the 2004 version, but also their suggestions on how media could better support suicide prevention. Additionally, the CSRP has also systematically reviewed media guidelines from other countries on reporting news of suicides including those published online, and has added elements from the review in the handbook as appropriate. The CSRP is confident that this updated version will better meet the needs of media professionals when they encounter news or information involving suicides, and guide them in representing such content appropriately through both traditional and online media.

The Principles for Reporting on Suicide

*Media professionals are encouraged to include contact information of social services when reporting on suicides and self-harm. 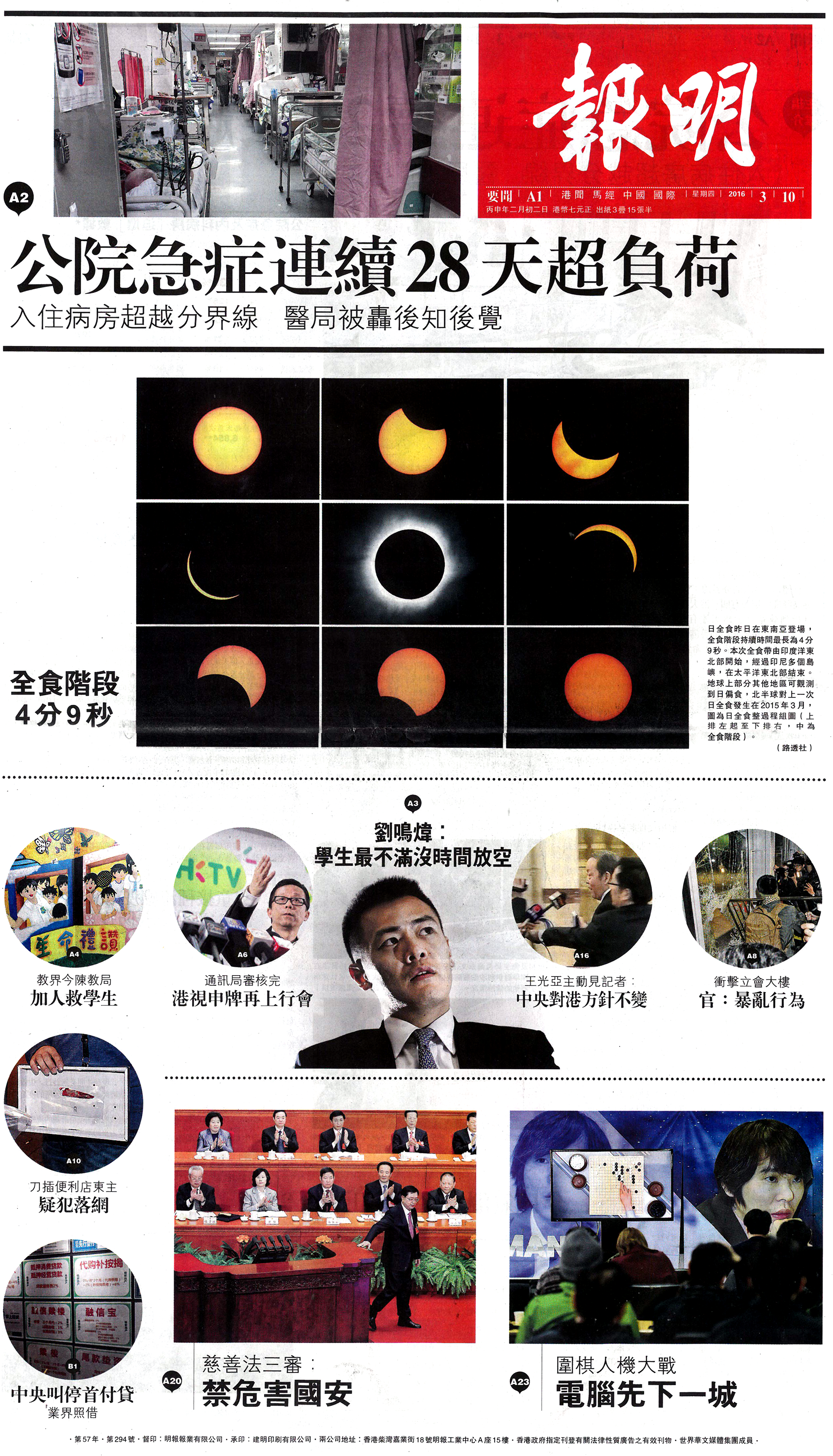 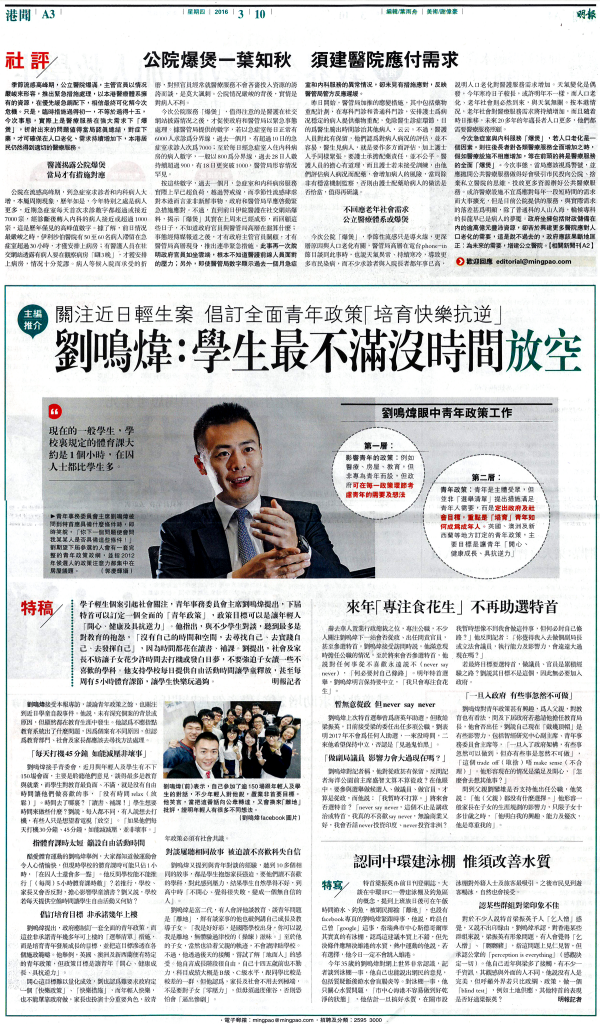 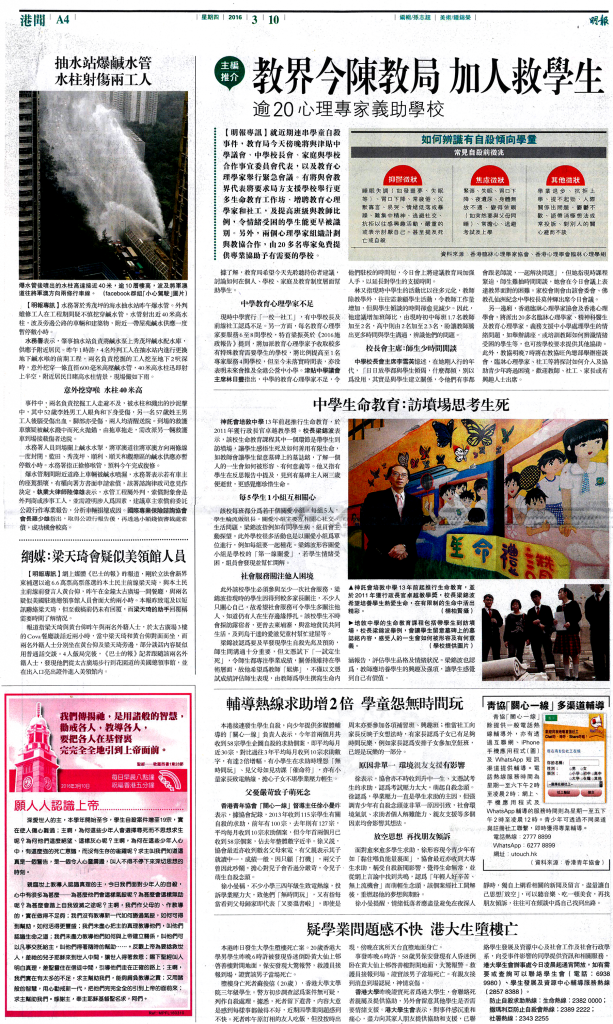 The tragedy of suicide: good journalism can help

Retirees are susceptible to negative emotions.  Professionals in sectors of health care and social work suggest more attention be directed to this population.

Case 5: How to report about people bereaved by suicides?

Grade-11 student died by suicide. Father blames himself: ‘I can never care for him again.

Case 6: An example of positive reporting:

Young man jumped off a high-rise and suffer from permanent injury that meanss walking with a cane for life. Youth in his 20s regretted suicide attempt in hindsight and hopes to recover and embrace life again.

Case 7: What can search engines do for suicide prevention?

If a friend claims that s/he wants to die, please respond with immediate action of locating the person and seek help.  Messages on social media are not to be taken lightly.

Case 9: Following up on a murder-suicide case

“The family of three were seen walking hand in hand the night before the tragedy.”

“School-mate of the boy in tragedy: We hope he is in a better place now.”